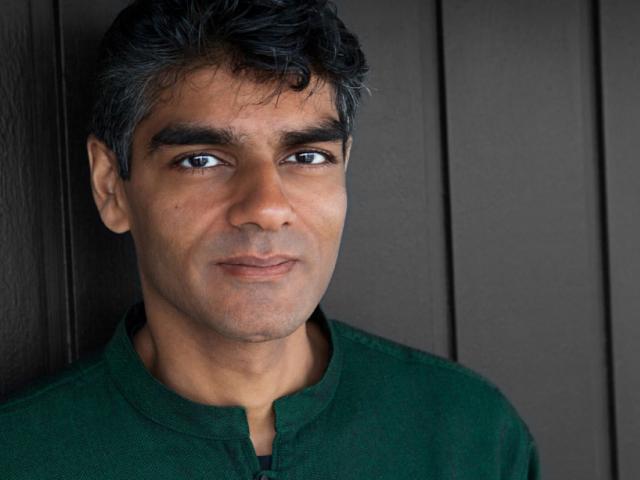 Rajeev "Raj" Patel is a British Indian academic, journalist, activist and writer who has lived and worked in Zimbabwe, South Africa, and the United States for extended periods. He has been referred to as "the rock star of social justice writing."

Born to a mother from Kenya and a father from Fiji, he grew up in Golders Green in north-west London where his family ran a corner shop.

Patel received a BA in Philosophy, Politics and Economics (PPE), from Oxford, and a master's degree from the London School of Economics, and gained his PhD in Development Sociology from Cornell University in 2002.

As part of his academic training, Patel worked at the World Bank, World Trade Organization, and the United Nations. He has since become an outspoken public critic of all of these organisations, and claims to have been tear-gassed on four continents protesting against his former employers.

Patel is an educator and academic. He has written articles and books. He is possibly best known for his 2008 book, Stuffed and Starved: The Hidden Battle for the World Food System. In 2009, he published The Value of Nothing which was on The New York Times best-seller list during February 2010. In 2017, he published, with co-author Jason W. Moore [de], A History of the World in Seven Cheap Things: A Guide to Capitalism, Nature, and the Future of the Planet (University of California Press).

Patel was one of many organizers in the 1999 protests in Seattle, Washington, and has organised in support of food sovereignty. More recently he has resided and worked extensively in Zimbabwe and in South Africa. He was refused a visa extension by the Mugabe regime for his political involvement with the pro-democracy movement. He is associated through his work on food with the Via Campesina movement, and through his work on urban poverty and resistance with Abahlali baseMjondolo and the Landless Peoples Movement.

Patel has written a number of criticisms of various aspects of the policies and research methods of the World Bank and was a co-editor, with Christopher Brooke, of the online leftist webzine The Voice of the Turtle.