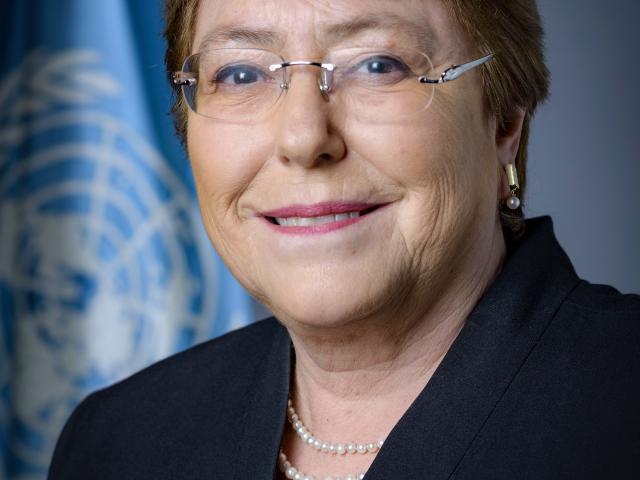 Ms. Bachelet was elected President of Chile on two occasions (2006 – 2010 and 2014 – 2018). She was the first female president of Chile. She served as Health Minister (2000-2002) as well as Chile’s and Latin America’s first female Defense Minister (2002 – 2004). During her presidential tenures, she promoted the rights of all but particularly those of the most vulnerable. Among her many achievements, education and tax reforms, as well as the creation of the National Institute for Human Rights and the Museum of Memory and Human Rights stand out, as do the establishment of the Ministry of Women and Gender Equality, the adoption of quotas to increase women’s political participation, and the approval of Civil Union Act legislation, granting rights to same sex couples and thus, advancing LGBT rights.

Since the early 1990s, Ms. Bachelet has worked closely with many international organisations. In 2010 she chaired the Social Protection Floor Advisory Group, a joint International Labor Organization (ILO) and World Health Organization (WHO) initiative, and in 2011, she was named the first Director of UN Women, an organisation dedicated to fighting for the rights of women and girls internationally.