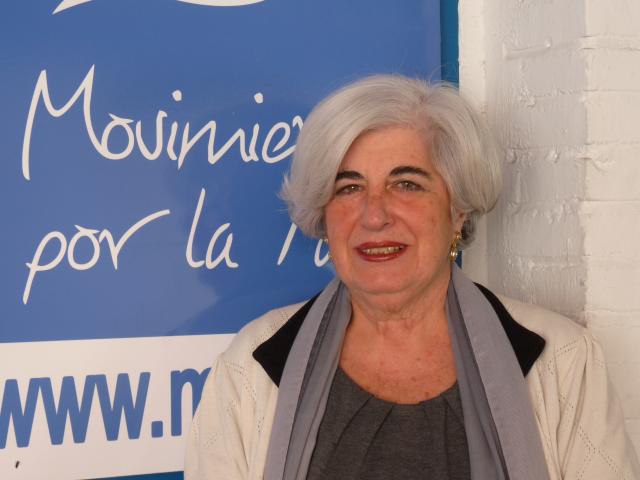 Francisca Sauquillo is Founder and President of Movement for Peace - MPDL- since 1984 to 2021. She is currently the Honorary President.

MPDL works in the international cooperation and social affairs, migration, refugees and education issues. From 1984, MPDL has published a well-known quarterly Journal “Tiempo de Paz” (Time of Peace) and it is recognized among Academia and Think Tanks.

Francisca Sauquillo is a board member of the Third Sector Platform (PTS) and Vice- President of Spanish Platform for Volunteers.

She  is  former  Senator  of  Spain  and  a  former  MEP,  Member  of  the  European Parliament, for Progressive Alliance of Socialists and Democrats. She has also been the Coordinator of the Development Commission.

She has written several books about social and development issues.

From 2015, Francisca Sauquillo is President of SOLIDAR, and she is keen on working as a Solidar President to strength Solidar role with  Civil Society Organizations. She is committed with Solidar board to cope with European challenges that Europe is facing.